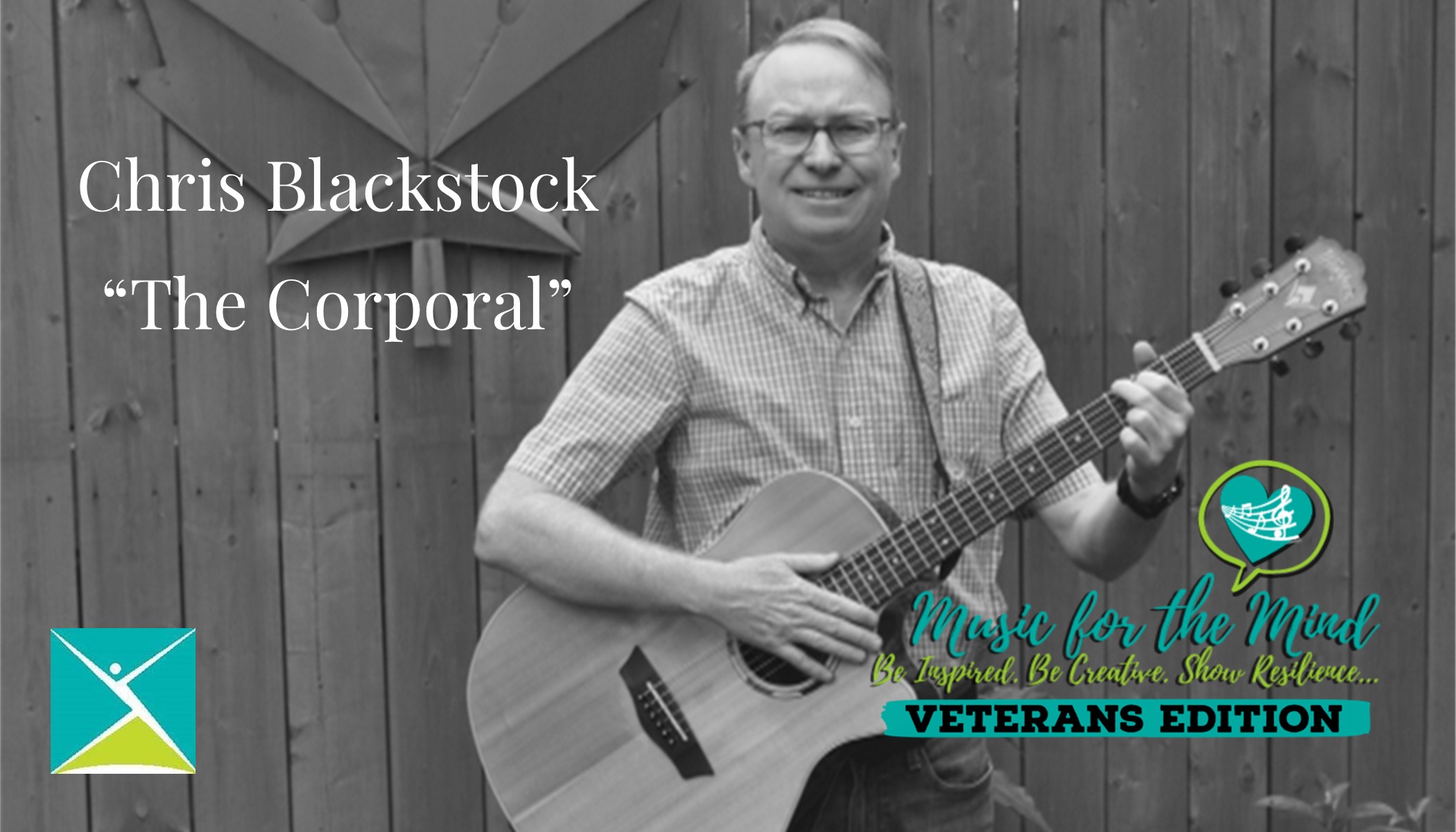 Chris was born and raised in Port Colborne, Ontario. As a youth, Chris played in the Sea Cadet marching band and concert band. In high school, Chris continued his interest in music and took music for four years. During that time, Chris played the clarinet and baritone. In 1982, Chris joined the Royal Canadian Navy and put his interest in music on pause while he concentrated on his naval career.

Chris continued his musical pursuit in the late 1990s and began his journey to learn guitar and write songs. He worked on learning to play guitar and attended lessons while living in Nova Scotia and Ontario. In 2006, Chris was inspired by a tragic death of a soldier in Afghanistan and began to assemble ideas for a song. It wasn’t until 2018 while attending a song writing workshop conducted by a Canadian Recording Artist, that Chris seriously began to develop his song idea.

In 2022, while searching for song writing retreats, Chris discovered Music for the Mind: Veterans Edition. Chris was invited to submit a song for the upcoming project. Chris submitted a song called “The Corporal” which he had recently completed the lyrics.

Having the very first song he wrote included in the Music for the Mind: Veterans Edition is a huge honour for Chris. Playing guitar, writing songs and just listening to music has been the key element of Chris’s mental health self-care. Writing songs has enabled Chris to heal from multiple traumas he experienced both in the military and in the civilian workplace.

Lying in bed watching the ten o’clock news
Peter reported the tragedy as I was beginning to snooze
A soldier in Afghanistan has lost his life
He leaves behind two daughters and a beautiful wife
The picture shown is of a young hockey player
To die so young never seems to be fair
That young man looked so proud in his jersey
It hit close to home and I prayed for mercy
It could have been him, had he volunteered
He was so young at just seventeen years
I felt the pain of a father, that I didn’t know
It’s all I could think of while I watched that show
Little did I know that I met the soldier’s mother
She drove me to an accident, if it’s not one thing, it’s another
My boy was fine but hers would soon be gone
In my heart, I knew I had to write this song

Chorus
Why in the world do we have all these wars?
At times our government makes us feel like whores
We go where we are told with no option to say no
God bless the soldiers with the peace that others will never know