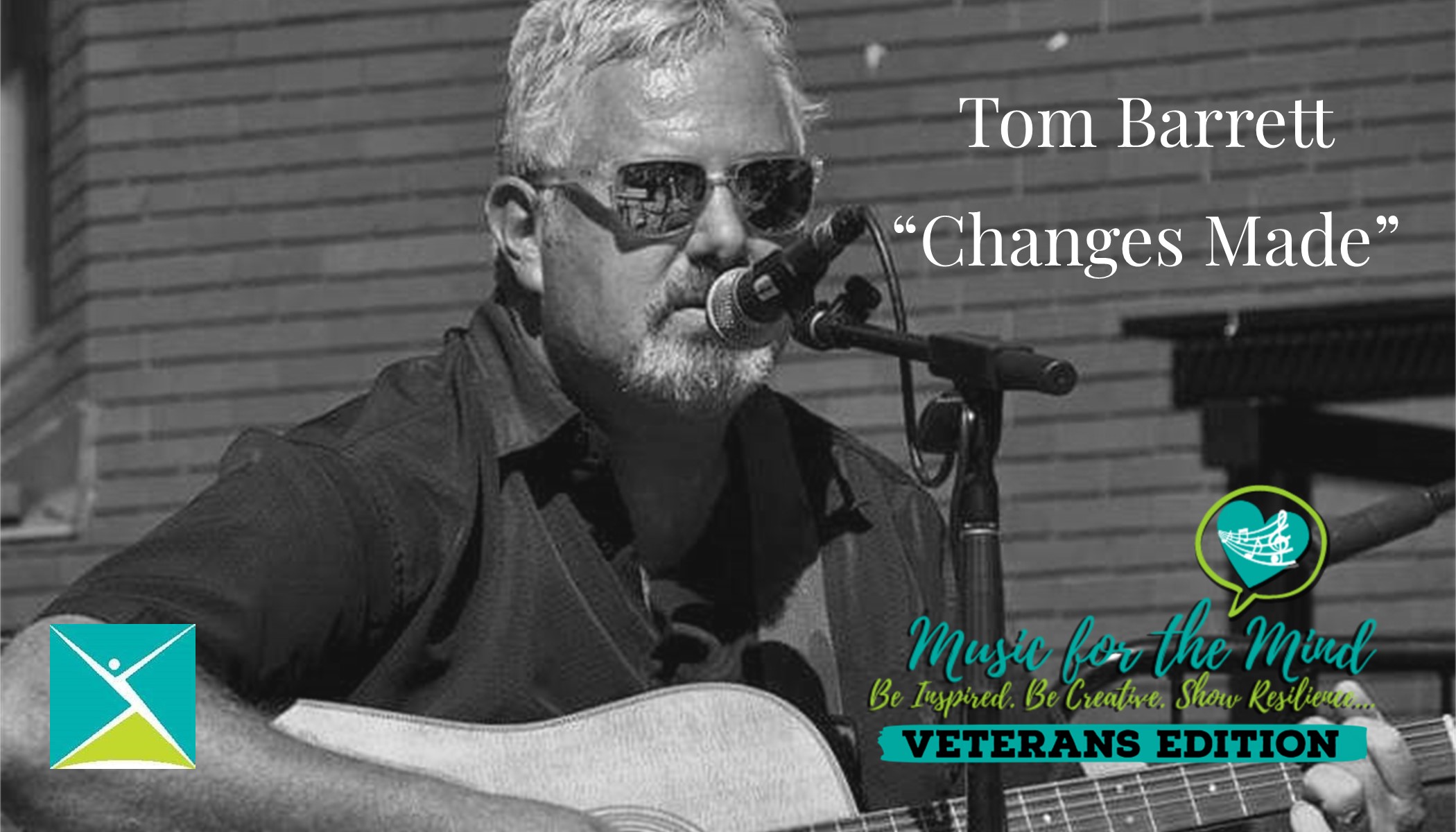 Tom received his first guitar when he was nine years old which lead to a lifetime love affair with the instrument and music.

Retired in 2014 after 29 years of service in the CAF, Tom connected with the founder of Project Alive with a view to helping other veterans who had an interest in music. The serendipitous moment lead to another challenge from fellow veteran, JM Ferland to write a song. The first composition of “Changes Made” has lead to other songs which come from an organic place in Tom’s soul.

Music for the Mind is the latest evolution in Tom’s musical journey and his interest in supporting veterans and others to cope with mental health. Tom currently volunteers with his “Eastern Winds” duo partner, Rene Leduc, to mentor other veterans in musical performance.

Well it was a fall
From the graces of heaven that drove me down into the muck
When your head goes, you can’t stop it from spinning
And your pain drives you down into the ruts

Changes made, at the end of the day
Won’t amount to nothing, anyway
Changes made, in the dark of the night
Won’t do anything to make things right

One step forward is all they ever said
Is the cure to not wanting to be dead
But the dead sleep good every night
And me, I’ve given up trying to fight

Changes made, at the end of the day
Won’t amount to nothing, anyway
Changes made, in the dark of the night
Won’t do anything to make things right

Changes made, at the end of the day
Can save your life if you decide to stay
Changes made, in the dark of the night
Will bring your heart back into the light